Dawn & I took my sister-in-law to see Liverpool Legends in Branson. Liverpool Legends is an immersive Beatles cover band.  As women tend to do seconds before events, Darla jumped up to excuse herself. As Darla headed to the women’s restroom, a voice behind her stridently said, “Excuse me! Excuse me!” As Darla turned, George Harrison’s sister told her, “That’s the women’s restroom!” Darla in typical fashion replied “Yeah I know” and used a forearm to elevate one of her 2 breasts as if to say “Duh!” And left George Harrison’s sister standing there as she went into the women’s restroom. “Oops. Sorry” said George’s sister behind her. So my question is this: is Darla’s hair too short? 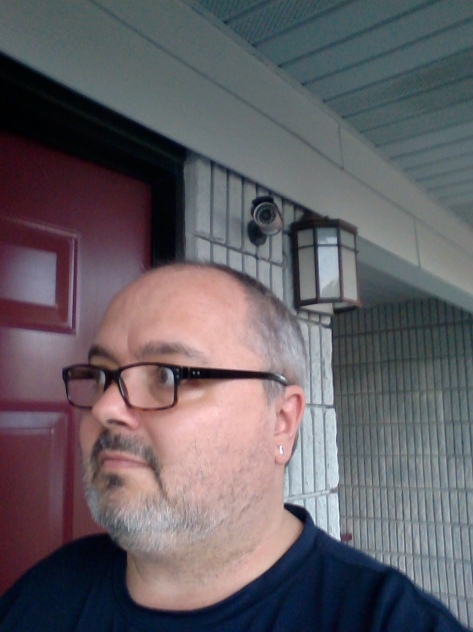 I am in Branson. I think I am about to go on stage & sing. The actual headliner will be very surprised! (I often threaten to run up on stage at events. When I was younger, I would not have hesitated. Being older constricts ones options.) 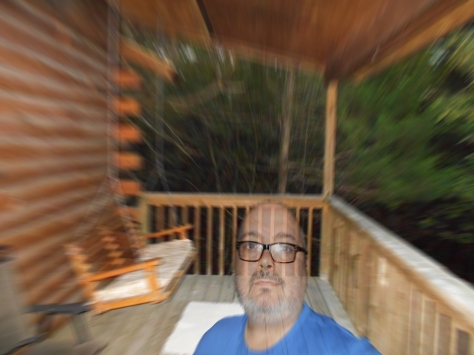 As Nate said in 6FU, “You can’t take a picture of this; it’s already gone.” Thanks, Wisteria Lane, as always. I’m sitting at my desk but I think this is an illusion and I’m back on the porch swing, watching the gathering dusk sweep across the low valley. Wisteria Lane Cabins 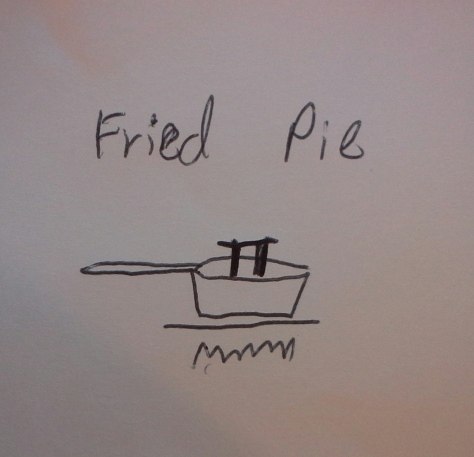 My wife and sister-in-law failed to laugh at my impromptu visual representation of my sister-in-law Darla’s dessert choice: fried pie. 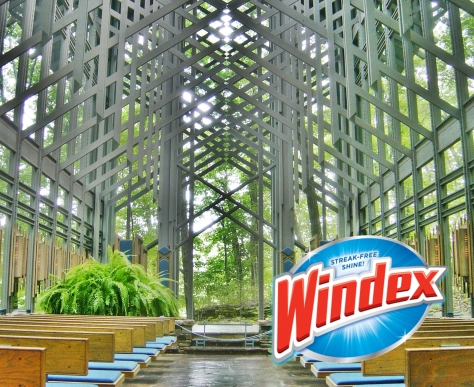 No matter how glorious the Thorncrown Chapel in Eureka Springs might be, all I see is a million pieces of glass, all begging to be cleaned. 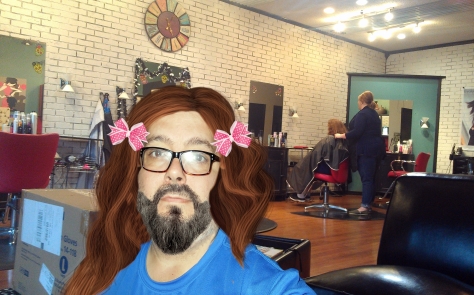 I made the above picture in response to my wife getting her hair done. 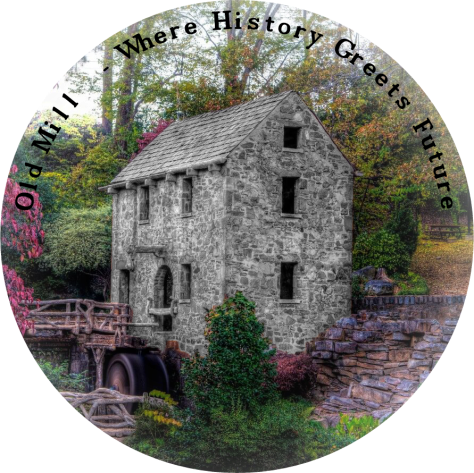 My cousin recommended I submit an entry to the Old Mill logo contest this year. After considering pulling my teeth with pliers from indecision about which of the 34 I would submit, I went with this one. The main concept is that the building is in black and white while the remainder is color – a juxtaposition of past and present.