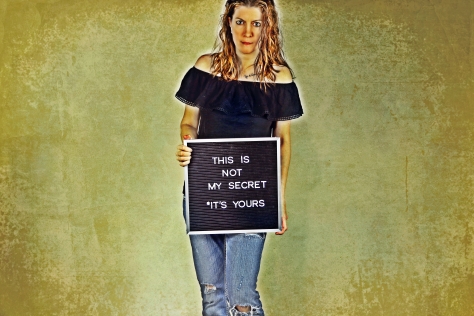 If you watch the Netflix show “Unbelievable” for no other reason, watch it to appreciate what compassionate victim-oriented police work looks like. It’s a show that I think most people will find something worthwhile to take away from it. Most people will cringe at the mishandling and neglect the subject of the series endured when she first reported the assault that is the focal point of the show. For those who have suffered abuse, they’ll likely experience some visceral reactions to it.

Merritt Wever stole the show, in my opinion, despite being paired with Toni Collette, who exudes authority and presence in this show. One takeaway from the show is the vast disparity in how different police jurisdictions deal with crime victims. You’ll get irritated and disgusted fairly quickly while watching the show.

While the show gets a bit of the information wrong, everyone who watches has that moment when the show drives home the truth that police are 2-4 times more likely to be involved in domestic abuse cases than the general population. Many cases are not reported, while others are not pursued. (Much like the shockingly low numbers of sexual abuse cases that are ever reported.) Even among the cases prosecuted, about 1/2 of the emotionally disturbed police officers convicted of domestic abuse keep their jobs, at least in the past. The statistic didn’t surprise me.

The show also makes the point that those guilty of domestic abuse are much more likely to commit other assaults, too, but that’s another tangent.

Police also tend to suffer from alcoholism at a much higher rate than the general population. Obviously, much of it goes untreated and unaddressed. Baseline reports place the number at about 1 in 4. Most put the number between 1/4 and 1/3. The tendency for a given police officer to develop an addiction increases as his tenure on the job increases. More interesting are the statistics that measure what percentage of officers are using addictive substances while on the job. Police also have higher rates of suicide and divorce than the general population.

Of course, the majority of police are stable people. There’s always at least one person who dislikes the truth and resorts to the red herring of making the mind-numbing observation that not everyone can be lumped in with those with a problem. Duh.

Because I’ve been on the receiving end of a police officer who suffered from a mix of addiction and anger issues, I find this sort of thing to be fascinating. Even in the face of overwhelming evidence that an officer needs help, the odds of the officer or his or her department insisting on correction is exceedingly low. The same is true for the cases in which officers are caught drinking and driving, theft, assault, or any number of other issues. Not only does it threaten the career of the officer, but it rightly sheds damaging scrutiny on the department chain of command for the city, state, or government who should be liable for any shenanigans. Police officers, whether on duty or in their civilian capacity, are much less likely to voluntarily submit to treatment, rehab or counseling than the general population.

Though I’ve mentioned it before, I have an email from a Chief of Police in the State of Arkansas. He flatly stated that there are times when he can’t teach his officers to do the right thing. (And, as a consequence, he also didn’t ask or require them to right the apparent wrong that had been done.) I’m not making it sound worse than it is. The email was an atrocious read, reflecting the deficiency of a system that shouldn’t have any. Periodically, I find the email and read it. It reminds how badly some departments are managed.

When I watch shows detailing police incompetence or misbehavior, I always find myself nodding in recognition.

P.S. This post doesn’t end with a conclusion or nicely-themed words. It’s just some thoughts that I had from watching the show “Unbelievable.”