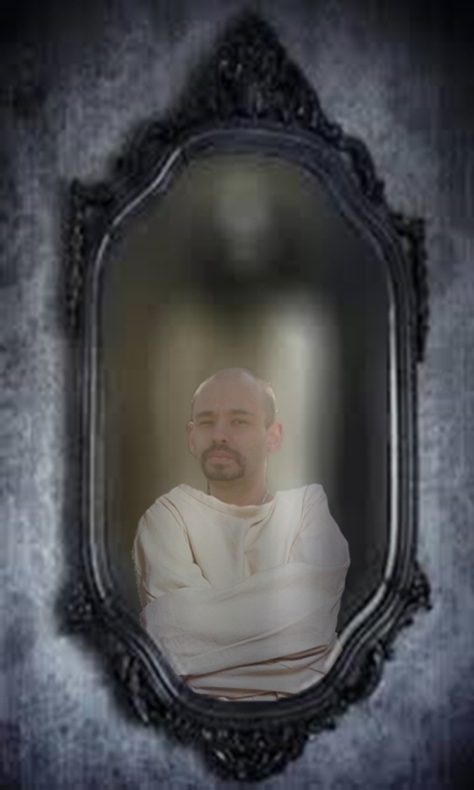 (This is a story I wrote for a friend of mine. Some of it is true, some of it is embellishment to amuse and delight him.)

I am telling you this story so that you can better understand Jay Hill. Like all interesting people, he has some history that he keeps well-guarded; not just from fear of being judged, but as a sort of superstitious protection. Sometimes, giving words to fears grants them life.

Years ago, Jay lived in a house that had been abandoned for 13 years. A new owner spent the minimum necessary to get it habitable again. Jay’s family rented it for much less than they would have paid anywhere else.

The lady who previously owned the house, Marjorie Wilson, died under suspicious circumstances. Even though the police investigated the adult children of Marjorie twice for suspected foul play, they could never bring charges. Within a year, both of Mrs. Wilson’s children disappeared after having last been seen inside the residence. You might be able to google the mysterious death, as a semi-famous investigator spent months trying to unravel the mystery. He wrote a story for the Arkansas-Democrat Gazette – and that story was later loosely used to make a movie. The house no longer exists, having been torn down two years after Jay moved out. It was once known as the Fuller House, sitting slightly off West Center Street.

Jay’s family had lived in the house for only about two weeks when he began to experience sleepless nights, imagining a figure at the foot of his bed. He would wake suddenly, thinking he could feel fingers slide across his feet. If he covered his head with a blanket, he could hear a female voice, softly asking him to go downstairs. Jay’s sister teased him mercilessly about it, accusing him of claiming there was a ghost in his room in order to get more attention. After a month in the house, Jay began to feel himself being pulled in the direction of the windowless wall on the East side of the house. He would wake up, hearing the irritated female figure demanding that he get up and leave with her. In two months, Jay began sneaking out of bed and sleeping inside one of the two closets in the bedroom, curled up with his feet bracing against the door. He could hear the ghostly figure scratching relentlessly. No one else in the house could see or hear any of it, which only worsened Jay’s already frazzled composure. He lost several pounds and his hair started falling out around his temples.

A school counselor pulled Jay aside and talked to him privately. Even though she didn’t believe that Jay was actually being visited by ghosts, she recommended that he wake himself up during these dreams and imagined visits. She was certain Jay was imagining it all, due to some family or personal issue that was robbing him of his ability to sleep deeply.

On April 15th, Jay awoke, feeling a face within inches of his. He was inside the closet with the door closed. He realized he could hear a low, guttural voice repeating, “We must go.” Since Jay half-believed he had been imagining it all, he reached up to pass his hand had through the empty air above him in the musty closet. And touched a face, one covered in what felt like small bristly hair.

Just as Jay started to scream in terror, the apparition grabbed his arm and took him threw the wall, into the back room used for storage. Stunned, Jay curled himself into a tight ball and rocked himself.

Before he knew how much time had passed, he woke up, feeling his sister shaking him and asking, “What are doing sleeping on the floor back here?” Jay told her the story. She of course laughed and teased him again.

Twice afterwards, Jay witnessed the female apparition walking past open doors. Once she looked his in direction and seemed to say “Some day.” Jay spent every night doing anything possible to prevent himself from falling asleep.

Before Jay could lose his sanity totally, his family had to move again, as a developer had bought the property for cash and wanted it so quickly that he paid the first and last month rent on an apartment on the other side of 6th Street.

For those of you who know Jay, he might have told you this childhood story and about the woman visitor in the Fuller House. I think he honestly sleeps with one eye open some nights, wondering if the ghost would follow through on her promise to visit him again. I wouldn’t be surprised if this isn’t half the reason he rents instead of buying a house.

Until this morning, I hadn’t thought about his old story for at least 10 years. He walked up to me, cup of coffee in hand, frazzled and nervous. He told me that he had awoke last night, after dreaming a female ghostly form had walked past a door in his apartment. Jay told me he lunged at it and instead of disappearing or recoiling that the ghost had grabbed him – and dragged him through a wall. Jay said he awoke to the feel of the claw-like fingers on his arm, the sensation of literally having just went through a solid wall still echoing in his body, his heart pounding like a symphony of hammers.

I could see it in his eyes. The fear. The dread. But I joked, trying to relieve the discomfort of what he was probably really thinking. That’s what people do when they are truly afraid.

The apparition isn’t waiting for him to be in a house. I think it’s started again.

I hope that Jay gets a good night’s sleep and walks into work tomorrow, tired but still there. Because I think I might be the one who loses my mind if Jay doesn’t call in and then doesn’t show up to work. I’m afraid that if I visit his apartment, I might find it to be perfectly empty, with no clue as to where Jay might be. Or worse, hear a small female voice asking me to come downstairs.