I found out today I didn’t win the Old Mill logo contest. This means I should have submitted one of my 340 other ideas, I suppose? Not only did I have a litany of photo/vector ideas, but a plethora of slogans as well. I was limited to one entry, which in hindsight seems odd to me. Next time, I’m going to enter on behalf of a dozen friends and family members. If I win by such skullduggery, I undoubtedly will have to explain how they won a contest they hadn’t entered. I still am amused that people had trouble coming up with more than one idea. I had to stop myself. Writer’s block isn’t something I’m familiar with most of the time.

I thought using black and white effects on the Old Mill building itself was a nice touch. The judges evidently thought I was completely mistaken. I do wonder what exactly happened during the judging and how much happenstance occurred while it progressed. 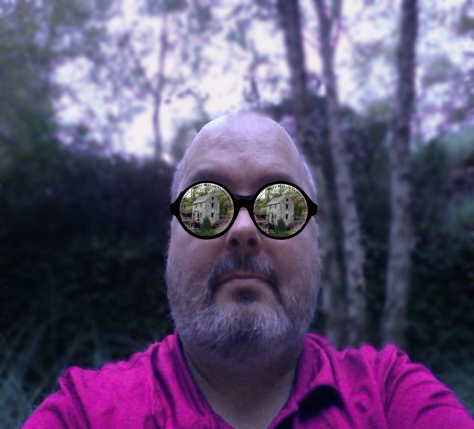 One of my other ideas had been to use a pair of glasses, with one side being black and white and the other in color to juxtapose past and present. I would have also used a variant of “Come see us,” as a play on the visual aspect of tourism. Since I didn’t submit that version, I instead used it for a much more important reason: social media profile pictures.

I still think my ideas for Springdale were wasted, though. We’re still stuck with a waffle fry of some sort as our official logo. (see below…) I see it on city vehicles and some other places but it’s certainly not anything memorable.

The one that I made to conform to design rules (aka “the serious one”) was this one:

And the funny one, the one that pissed off the establishment folk in some places: 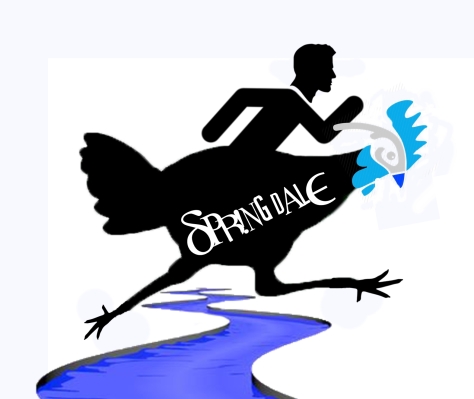 For anyone who doesn’t know, Springdale is nick-named Chickendale, primarily because of it being the nexus of so much poultry business over the last few decades. We are finally getting past it. Springdale is a spectacular place to live. The logo design initiative, though, was not handled nearly as well as it should have been. That’s just my opinion, of course, and should in no way be a focus of criticism.

I’m glad I had the chance to enter the Old Mill logo contest this year. I’m definitely cheating next time.

So, if you win a graphics contest you never entered, please let me know, okay?