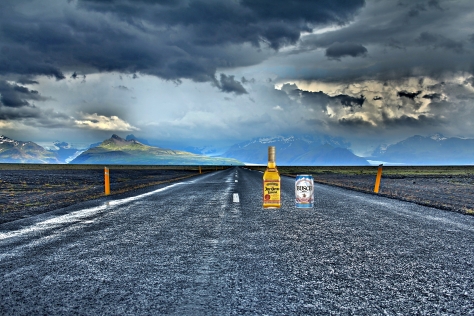 My apologies for the tenor of this.

No matter how often it comes up, I watch in fascination when someone gets a DUI, whether a celebrity, athlete or my second cousin. The whispers, the speculation, the shame. Then, with regularity, comes the backlash. “It’s not your business,” or “You shouldn’t be talking about such things.” Or, “It’s personal.” Drunks get really angry and often their friends and family join in to attempt to silence those who draw attention to their mistake. Part of the process for dealing with DWIs should be the social stigma and open discussion of it all, no matter how uncomfortable it might make people. Yes, the driver made a mistake but is one which involves everyone on the road while he or she is driving impaired.

If you find a cure for diabetes and drink champagne in celebration, it doesn’t lessen the fact that you could easily kill several people driving home from your celebration. You make the choice to drive after imbibing. It is surprisingly easy to drive impaired and many of us could easily make a poor decision and do it. This doesn’t detract from the necessity of us looking our error in the eye and dealing with it. That includes you keeping your mouth shut when someone has something to say about it.

I’ve said it a million times: if you get a DWI and no one is injured, it shouldn’t ruin your life, especially if you are young. (It’s the law that young people have to do stupid things. Older people continue to do them because we can’t help ourselves.) The humiliation and punishments should be enough to teach anyone a lesson which sticks. Part of that lesson, though, should be a huge dose of humility, one in which the person accused swallows their pride and admits publicly that they made a huge mistake, one which risked stranger’s lives on our shared public roads. If you get a second, you deserve a massively higher level of punishment, including mandatory inpatient treatment for several months and possible permanent loss of your license.

My dad killed a cousin in a drunk driving accident. He endured no consequences. Subsequently, he continued to believe that drinking and driving were things that should always be done in combination and he dedicated his adult life to endangering everyone on the roads. Many in my family had multiple DWIs, including my mom and aunts and uncles. I was in several accidents growing up in which adults were drinking. After the first one, all of them should have been put in prison, especially since people were seriously injured in the accidents.

For any of you who think you have the right to silence me in any way when I criticize those who get DWIs – and especially more than one – your opinion is probably because you haven’t seen the carnage of such stupidity scattered over a dimly-lit highway at night, while the officers on the scene both attempt to find an arm missing from the car or call friends and family of those who were killed driving home from a movie. And there are others, those who have received a DWI, those who are secretly furious that they were held to account for their stupidity through driving while impaired. I try not to be too harsh about DWIs but I do get testy when I see people openly defending those who’ve done it more than once.

PS: I have a neighbor across the street who drinks and drives like he’s trying to set a consecutive record. I await the day when his truck goes through the bedroom of one of the houses. He always announces he’s finished his drink because he hurls the red solo cup from the driver-side window.