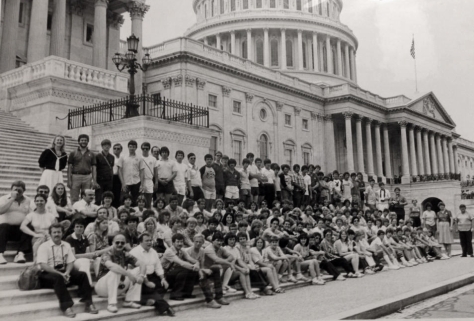 While in high school, I was lucky enough to go to D.C. with the Springdale Band. We took several buses on the lengthy drive. One of our buses broke down at one point and all 200 of us had a layover at a house of one of the superintendent’s family. True story. Imagine having to go get fast food for two hundred people and serve it in a single residence. You thought that sharing a microwave and bathroom with four people was complicated, didn’t you?

Once we got back on the road, we were trying to recapture the lost time due to the bus malfunction.

Despite being in a hurry, our band director Ms. Ellison still took the time to instill in us some valuable life lessons. Near Ft. Knox, we passed a small entourage of entertainers from the University of Kentucky stranded on the side of the road. Ms. Ellison asked the driver to stop and pick them up.

There were a couple of guitarists, jugglers, mimes, and a couple of dancers. Most of them were actors and singers, too. We made room for them in the front of the bus. Any break in the routine of being on the road for so long was appreciated.

Ms. Ellison welcomed them warmly and we all talked back and forth with our new visitors. One of the mimes asked the driver about where we were going and the length of the trip. The driver answered and one of the other mimes began to drill him with all manner of intrusive questions. After a few minutes of this, the driver suddenly whipped the bus to the side of the interstate.

In shock, Ms. Ellison stood up and attempted to calm the agitated driver.

“Why are you kicking our new friends off the bus? They just needed a ride for a few dozen miles.” Her voice rose in irritation. She was a very strong-willed woman.

The driver reached over and used the door lever to throw open the bus door.

Pointing at the door, he shouted, “They have to get off the bus right now!” He’d reached the end of his rope. We were all sitting in silence, watching the events unfold.

Ms. Ellison got directly in his face.

“Why? What’s your problem?” Her face had turned red and her famous riot act recitation was about to commence. We’d seen it before.

“We just can’t go on with suspicious mimes!”
. 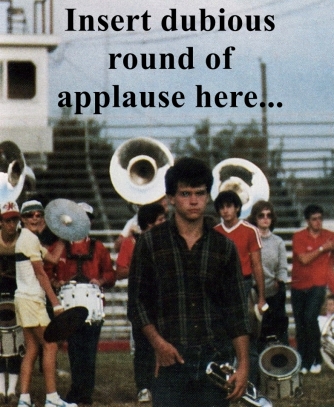