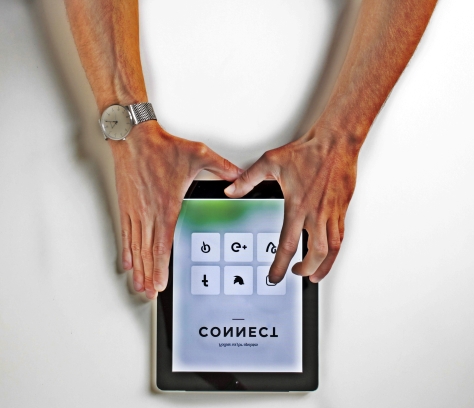 Many of these words could be wrong. I wrote them after seeing a couple of friends make impassioned and yet illogical claims regarding social media. I’m not writing these words to sway opinion. I’m writing them to exorcize them out of my head. I should take more time to get the ideas ‘just right.’ But I’m not going to. In part, this is because it’s exactly the way social media works best when done correctly. Perfection and the pursuit of it is one aspect of social media that we all find a bit suspicious. It’s okay to make errors. We do it all day every day whether we have social media to amplify it.

If you’re asking if social media is a good thing or bad thing, the answer is “Yes.” Regardless of merit, we tend to self-destruct using every other thing in our lives. We carry the dichotomy inside us. Because social media is primarily on newer devices, it seems as if the concerns inherent in it are new. They’re not. They’re simply disguised under shiny new packages under the same old calloused fingers and jaundiced minds.

It’s weird to me that people talk about deleting their social media. Per Nike, “Just Do It.” Talking about it is a symptom that you’re exactly the person who is using the platform in a way that isn’t healthy. If you’re not sure, delete it for a bit. It’ll be there when you want it to be, no matter how long your absence. Much in the same way that it’s impossible to go to the gym without talking about it, many people can’t seem to simply exercise a choice without confusing their reasons for doing so. If you find yourself looking up from your interactions and finding unhappiness, do something to change it. Just as some have an aversion to alcohol, some people might not be hard-wired to engage the complexity of unlimited interaction.

Being evangelical about your decision sounds a little weird to the rest of us, much in the same way as someone shouting about the dangers of drinking. It’s possible to drink responsibly and enjoy life a little more. The same is true of social media. Your truth might be that you can’t even sip from the bottle without your life spiraling. It’s not our truth and certainly not universal.

I’m surprised that everyone doesn’t use social media to connect to people they might not ever meet, confederates in ideas or causes you probably won’t find in your real life. Many people, like me, find it to be a gateway to people that we’d love to surround us if such a thing were within our grasp.

I’ve yet to personally know anyone who has deleted Facebook who hasn’t used another platform to quench their voyeurism. I know people who c-l-a-i-m it’s not true but a little forensic sleuthing proves otherwise. For those who know me well, you also know that this isn’t an exaggeration. I’ve done my homework. Of all those who claim they’ve shut it all down, none have really done so. They’ve simply substituted one brand for another. It’s not the app or platform specifically that is your problem. In a roundabout way, it’s your addiction to your device and the method you choose to interact with what you see and hear when using it.

You might look at social media and see danger. It’s true, it can be. So can answering the phone, talking to strangers, or walking unknown streets after dark. I see the breadth of possibility, of creation, of ideas. It’s a portable way to interact with every single person on the planet, if you choose to do so.

So many of our digital systems have social media embedded inside them, whether it is a forum, comment section, or another method of interaction. The idea of social media as a separate entity is misguided. It cannot be measured separately from the rest of our human interactions, even if you remove all the devices.

Social media is one of our biggest creations precisely because of its ubiquity and reach. It both delights and angers us – just like every human interaction out in the real world. Some of us can’t take a drink without downing the entire bottle. Some can’t make a wager without losing their houses. Other people can’t see information they disagree with without being personally accused. All of our methods of communication contain a method of destruction if we are not in control of ourselves.

Looking back into history, it’s safe to say that all major paradigm shifts in society caused the same learning curve for all of us. These include mass-produced newspapers, radio, TV, and movies. Technology is the same challenge packaged in a different container. Because I grew up in a very rural county, I lived in houses without telephones and in houses with party lines. Among my ancestors were many who preached that the telephone was going to destroy civilization and that it would allow people to stop visiting their family and friends. They were certain that front porches and living room parlors would be empty. Instead, the telephone opened up an entirely new way to stay closer than ever to those who matter. Some of those same ancestors also remembered the same fears with cars. They’d believed that no would slow down long enough to appreciate life if they ride in a car.

Some of incorrectly think it’s a new challenge. It’s not. We are the challenge, precisely because we as humans are using the biggest communication system in the world in a way that doesn’t empower us.

Welcome to the world you can’t reject.

Use it as you see fit or choose not to use it. As for whether social media is a good or bad thing, the answer is definitely “yes.”