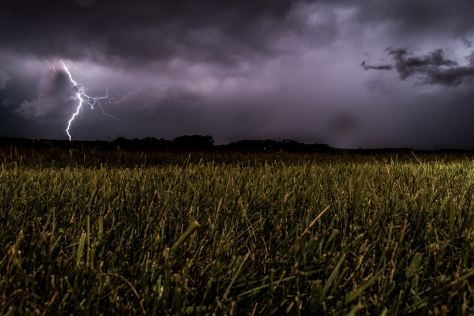 I recently purged a mass of digital craziness from my life. Much of it was a collection of things which reached across the span of years, some of it revolving around angry emails, voicemails, and snippets of unresolved anger. I deleted over three dozen family trees I’d done for people. (I still retain a few dozen others, though.) I have a new computer and a newly-discovered commitment to use a dumping system that allows me to toss it in a virtual closet if I don’t delete it outright.

Gone were mountains of mp3 audio and snippets from my mom and a couple of other family members. I’ve learned not to accumulate many emails either, but even so, I cleaned the drains in this respect too. It’s strange to read “I’ll slit your throat” in an email, knowing that the person was so angry that he or she didn’t stop to consider consequences. That kind of anger is buried so deeply inside a person that almost nothing can reach it. Being forged in a household requiring blood sacrifice, I can understand it. Echoes of its payment still echo in me at rare moments. It’s impossible for me to explain to some of those whose lives overlapped with my younger years that I look at that sort of behavior with a much different perspective than they do. In every case in which the person is still simmering in hate, he or she has only flourished when those around them allow it, excuse it, or fail to recognize it. I see the stain spreading around them; that sort of hate is a seeping poison which pays dividends for at least two generations.  Keeping a distance from its contamination is sometimes the only means to remain uninfected.

Having a digital history of anger somehow ensures that the infection isn’t entirely gone.

Note: it is likely that someone who was poisoned with the venom of anger when younger never left it behind. Instead, he or she learned the social trappings of concealment. Beware that you don’t wander into the invisible net.

Indeed, you might not know when you’d need such reminders from your past at some unknown future date. ‘Need’ might not the exact word, but it serves its purpose here. Why I might not need an email chain detailing a family member threatening to kill me and my rational response to it is for anyone to guess. It was, nevertheless, difficult to discard. Part of me wanted to keep it just in case similar circumstances flared up again. I could point to it and say, “See? I’m not making this stuff up.” The truth, though, is that having it won’t pull the wool off anyone’s eyes in the future, either, no more than it did having it the first time. Just as facts so often fail to matter, neither does evidence for your apparently unjustified beliefs about other people.

Part of being a minimalist is the attitude of less. If it doesn’t add to your life, subtract it and move on. Over the years I accumulated a folder of work-related detritus, too. Some of it was quite important – and probably still is. But it’s gone now as if a hurricane rolled in from the coastline and ripped it free.

Update: the draft of this post existed since at least three years ago. I didn’t publish it because I didn’t want to sanitize it. I’m publishing it now because some of the things I deleted would be useful now. It’s the excuse of every hoarder: “I might need it.” I did sanitize it, though. Very few of us are free enough to say what we want without regard to content.