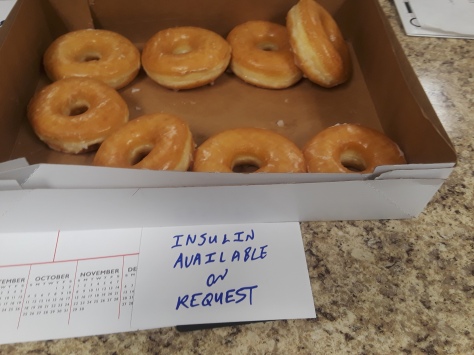 I was shopping and entered an actual Photo Shop.
It changed me.

It is a sublime pleasure to order a cafe mocha – and after the options are presented, to inquire whether ketchup is available.

Just as I was about to check the “I am not a robot” box, it occurred to me that if I had been built carefully enough, I couldn’t possibly be sure.

Whatever “the worst thing in the world to see” might be, I bet #2 is “Worst papercut in human history.”

That guy was so efficient that even during Christmas he insists on taking a ride in a two-horse open sleigh.

To the guy with the world’s longest arms, all shirts are short-sleeved.

I went to the Photo Studio at the mall. I asked if they had a prison photo package.

“What do you need a prison photo package for?” the owner asked.

“I feel like I’m definitely going to murder someone and want to be prepared.”

As the security guards threw me out, it dawned on me that not everyone appreciates honesty.

Evidently, I like antiques. I base that solely on the company I keep.

The sign above the door indicates JCPenney but I’m pretty sure I’m in hell.

While waiting for a root canal in the waiting room at the dentist, I fell asleep. I woke up, screaming, after dreaming I was actually at the DMV.

He suddenly realized he might be crazy after all. Someone had done bunny ears in all of his selfies.

While “more cowbell” is a cultural phrase, shoppers at Walmart do not enjoy me ringing one directly behind them. #truestory – Me holding a megaphone in the other hand as they turn to see me is probably worse.

I must be in the Xmas spirit.

A particular person has been evil all week. After giving the benefit of the doubt several times, someone became really angry at him/her. I intervened and said, “Let me handle it.”

A while later, he/she spouted off again, so I stopped and stared.

“What the eff are you looking at,” the loudmouth asked.

Not missing a beat, I said, “I really admire assholes!”

I high-fived the previous victim so hard I might have left actual skin.

It’s tough out here in the world, where assholes run free and often unencumbered.

Today I Learned: “Turning the other cheek” and “mooning” someone who has aggrieved you are NOT the same thing. Sorry, shoppers.

I saw mommy kissing Santa Claus under the mistletoe. Better than last year, when Donald Trump was under there.
-From the yuletide songbook, “Non-Consensual Xmas”

“Saying you went to Buffalo Wild Wings because you’re hungry is like jumping off a 100-story building because you need to air-dry your hair.” – X

“Take a hike,” she said, although not out of any concern for my health.

A co-worker questioned the amount of gray in my hair. Thanks to White-Out, there is now no doubt.  ( “White-Out – Not Just For Paper” )

*Breaking news: a man was seen in an East Springdale cemetery, armed with a gun. Hundreds reported dead.

(No one was injured, though. My apologies if this joke offends someone – or everyone. I edited it to avoid the overactive social media police.)