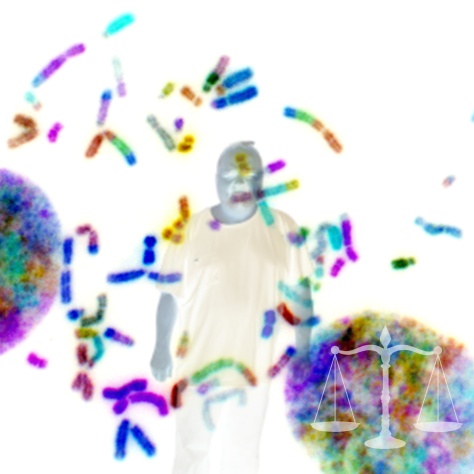 I’ve always had my DNA set to ‘share’ on the sites I use. Recently, because of renewed interest because of the show “Genetic Detective,” I ensured that it was uploaded to GEDmatch for law enforcement use. I’d been a victim of my own procrastination, even after watching a season of “The Innocence Files” on Netflix.

Are there cons to this? For some people, yes. No pun intended with the use of the word “con.”

Are there advantages? Definitely yes.

I can understand why some people have objections to DNA sharing. I’m not entirely comfortable with it. There are legitimate reasons. There are also many unfounded reasons. The good thing about DNA is that only a portion of the populace needs to participate to map out everyone else – so even if you withhold your genetic map, it is likely another relative will divulge theirs and make your decision moot.

I’m that guy. I have to be. It would be immensely hypocritical for me to constantly tell everyone that privacy is both a leprechaun and unicorn while foolishly attempting to protect my invisible genetic blueprint.

Despite being a liberal, I’m in favor of never having another unidentified soldier, as well as ensuring that crimes involving DNA are solved. It would be ironic for me to be charged with a crime based on voluntarily-submitted DNA results. Mistakes do happen. If humans are involved in the process, things are going to go wrong. If the government can force me to sign up for the Selective Service, I don’t see much of a problem with us collectively expecting a genetic database to protect us all. Again, I recognize that this sort of thing can (and sometimes will) be abused. Using the potential abuse of a few to justify doing nothing different doesn’t appeal to me. No system is going to be perfect.

However, I’ve always believed that DNA (and other advances) are going to strip away generations of mistruths and ignorance about our ancestors. If this information assists law enforcement with doing their jobs, I’m for it. I have the same argument for fingerprints. As long as scientists have review power over the application of such evidence, I’m at no greater risk by others having it.

If I don’t trust the government, I’m already screwed.

Believe me, I have some problems with the government, especially under our current President.

As for the police? If you know me, you know I have a sideways opinion about several of them and systemic objections to the way they are operated. Focusing on these concerns, however, as an excuse to fail to help in the way I can, that would be a greater sin of omission.

The interesting thing about the show is that it beats the drum that even remote ancestors allow for research and triangulation toward suspects in crimes involving DNA. This means that my DNA could potentially come up in a criminal investigation. It’s possible that someone will knock on my door as a result.

I have relatives who I believe are capable of committing crimes, even crimes a generation ago. Many currently living certainly committed such crimes already. It’s not a question of debate. It’s true.

Though I have no proof per se, I also know it’s likely that family members might have fathered children during WWII, Korea, and Vietnam. I have only whispers to base my suspicion on. However, my other suspicions have been proven correct, too, even though I waited years for some of them to find confirmation.

For much of my life, I endured ridicule and hostility for some of the views about my Dad. Just a year ago, I found out that my suspicions were correct and that he’d fathered a child with a very young woman in the early 70s.

Such revelations, in combination with a checkered past for many of my relatives, paints a realistic picture that other shenanigans may have gone undetected, too.

I’d like to part of the solution to the problem.

For those thousands of people who’ll be reachable because of my participation, please accept my apologies.

It is my DNA, after all, freely given.

In the same way that some of my ancestors kept their foot on the closet door, gun in hand, in order to protect the skeletons in the family closet, I now stand on the other side, with the door wide open.

2 thoughts on “Another DNA, Another Day”