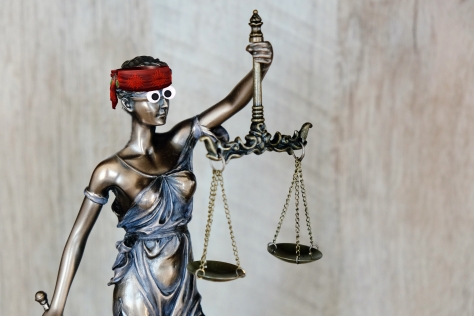 This post originally appeared on a social media page. It garnered a huge amount of anger, after someone shared it on a conservative forum and asked that it be flooded with trollish commentary. The unintended consequence of that trolling resulted in a lot more readers than it ever would have received absent the trolls.

I wrote this as a simple appeal, one devoid of the complicated and dense language employed by so many when addressing one of the most basic parts of our system of governance.

Another brilliant person vehemently argued that we have no business changing the constitution. Further, he insisted that those who wrote it knew what they were doing. It disturbs me to hear people argue that the law is a closed and perfect system. Obviously, it is not.

The process of amendment aside, I always go for the easy point by pointing out that those rich white men thought that slavery was an excellent idea, as well as failing to include half the population in the right to vote and full participation. The constitution contained several ideas which are reprehensible, undemocratic, and unworthy of continued regard. Even a bit of scrutiny demonstrates that many of the founders wrote the constitution with their own best interests in mind. Those interests were not in favor of much of the population.

Either of those two points is sufficient to derail a thinking man’s reverence for the law. The constitution saddled us with several institutions which do not achieve the objectives for which they were designed.

More importantly, of course, we have the right for self-determination. We owe no total allegiance to those who founded this country, no more than the founders did toward the Crown when they declared war on Great Britain. Circumstances change. Society advances or declines in ways never imagined by the Founders. Even if such changes had been in their minds, it’s irrelevant.

We have just as much right to alter our course now as we did then.

Given that the founders also included a method for amendment to our fundamental framework, it’s ridiculous to insist that we should blindly continue allegiance to the parts of our past system which don’t further our evolving values and views. Strangely enough, I’m surprised constantly by how many Americans don’t know that our constitution allows a vote of the states to reconvene another constitutional convention, one which could conceivably rewrite our entire system of governance without oversight.

We do not need to discard our entire constitution to change it. The Founders at least managed to get that part right. As circumstances change, we can alter our framework without the needless waste of revolution.

Many scholars want us to complicate the issue to the point of absurdity.

They employ distracting arguments to have us look away from our ongoing and permanent ability to determine our destiny as a nation.

If we choose to dissolve ourselves from the obligations created by an elitist group of rich white men, we have that right. We can do better. We will do better, or suffer the consequences at our own peril.

You can pontificate all you want to say otherwise. You’ve already lost the argument, however.

You don’t get to frame the issue.

By law, by necessity, by will.