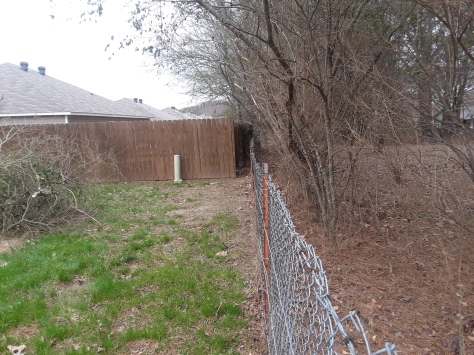 Using only hand tools, I cut down several trailers of trees, brush, and nonsense the neighbor behind me allowed to encroach. I paid a nice Latinx gentleman I found on social media to haul the mess away. He, among several others, said he’d throw it all over the fence if it was his property. Despite making a living off doing such jobs, he told me he is constantly annoyed by how many people leave it to others to clean up their messes. 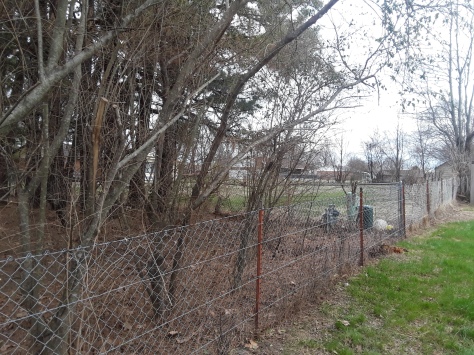 The above two pictures of the back fence ‘before’ actually look better than they should. The condition we received the property was actually much worse. These are after I did a considerable amount of cleaning, cutting, and hauling. That’s a shame, considering none of the mess belonged to me. It’s typical for many areas of Springdale, though. 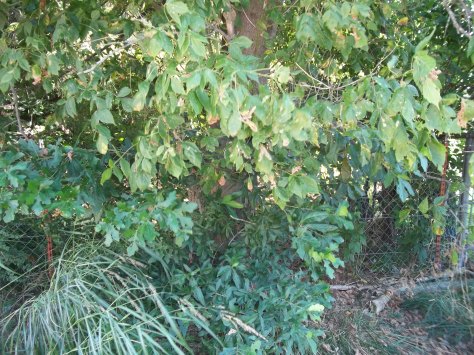 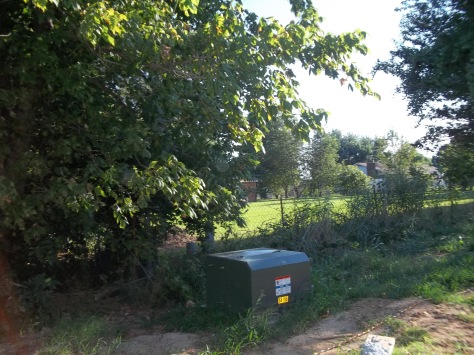 The above two accurately represent the way I received the property, despite what the builder promised. The City of Springdale doesn’t really do much to property owners who fail to maintain their lots, even when utility access is involved. That’s a great thing if you’re accustomed to living in an unkempt jungle but not so joyous if you’re trying to enjoy what you have. It was this way at my last house on Cottonwood. We paid several thousand dollars to improve it, especially so for those who don’t maintain their property.

The ax I bought recently at Tractor Supply nearly took my head off. I have one remaining stump along the slovenly neighbor’s back fence. Because I wanted to make a sunflower box in that area, I have been waging war with the stump a little bit each day. It’s winning but I’m incrementally reducing its width, depth, and strength. I was counting down the number of swings I’d give it that afternoon. When I reached the penultimate swing, the ax split and the head surprisingly came up several feet. I’d like to say I dodged it. However, it was over before I realized what happened. (Which is often true in life as well.) 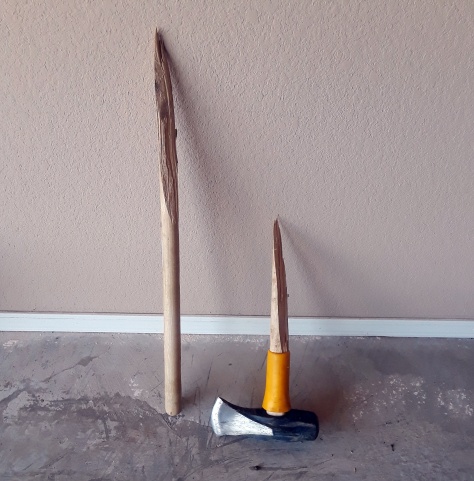 The next day, I decided to put the sunflower box almost all the way to the left end of the back fence instead of waiting to buy another ax or stick of dynamite to eradicate the stump. I did buy another ax yesterday, though, one that is almost unbreakable. We’ll see if that holds true. I’m still surprised that I was using enough force to break a rugged ax like the one I bought at Tractor Supply.

This morning was cool and windy. Unlike most days, I didn’t go out until after 7. Despite the haze of the Sahara dust, I spent a few hours adding more 12 x 12 painted stepping stones, installing a whiskey barrel planter for daisies, another birdhouse, as well as a couple of other miscellaneous things. I also climbed up to one of the previous birdhouses and stuck a finger inside. The nest therein felt a bit odd to my finger. I didn’t fall off the ladder, though.

My cat Güino enjoys sitting in the kitchen window, both to watch me as I continue to add things to the back yard, as well as to twitch at the dozens of birds and squirrels that now visit us daily.

Though the above picture is from a previous stage of my project, the top arrow indicates the picnic table feeder that the squirrels love sitting on. The bottom arrow points to a bird caught in the picture as I snapped it. I’ve discovered that there are unobserved animals in several of my pictures. No Sasquatch or Godzilla appearances yet, though. 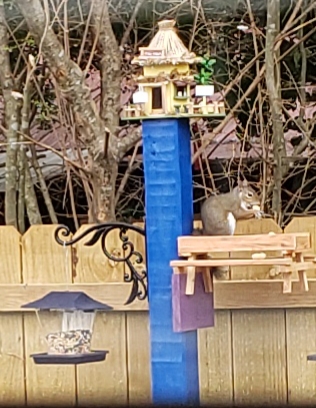 A closer view of the picnic table feeder. I used a horizontal board to allow me to screw the table to the 4 x 4 post in more than one location. I’m not a fan of the ornate birdhouse on top of the blue pole. My wife took this picture this morning and cropped it. We throw a combination of shelled bird peanuts and human peanuts out, as well as putting them in the picnic table feeder. 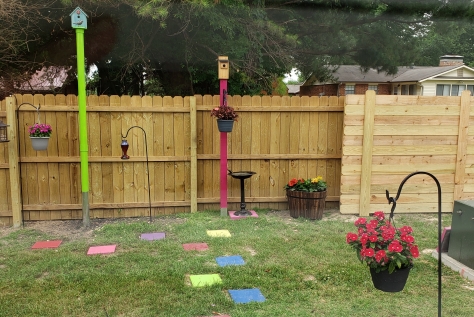 The above picture shows the whiskey barrel crate planter on the right, as well as few more stepping stones I placed going left to right. We discovered that a couple of the squirrels sometimes dangle upside down from the upper board to drink from the birdbath.

Normally, I’d say I’m not a fan of these kinds of planters. My wife got it, so I decided I’d better find a place for it. I put a decent amount of lava rock in the bottom to both reduce the weight and the amount of soil needed to fill it.

This little bird flew into the window one morning. I coaxed him back around the house and finally up to the top of the fence. He finally flew into the safety of the trees, but inexpertly, like an over-sized plane struggling to get aloft.

The hibiscus has done well. Dawn was reluctant to spend so much on something for a plant. It’s flourished, though, and blossomed at least once a day since we repotted it. 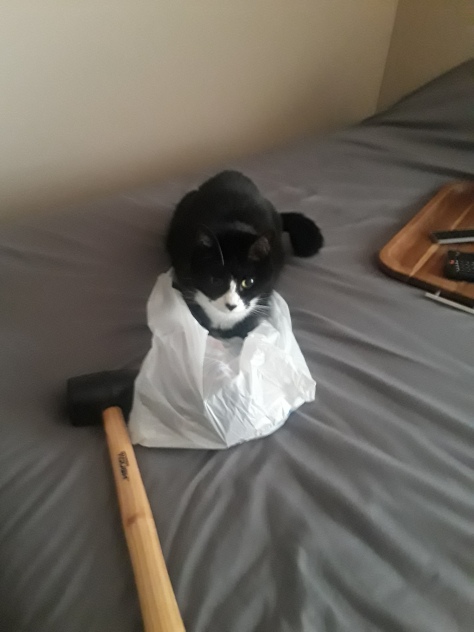 Coming home this afternoon, I put the components of a gag gift on the bed. He pounced on it, preventing me from assembling the gift box. I could have used the rubber mallet on him.

One thought on “The Never-Ending Yard Project”