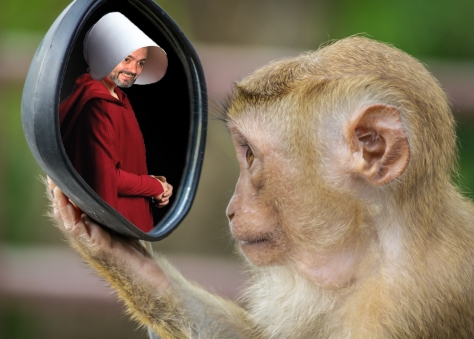 I recently became acquainted with a gentleman who is one of those unexpected hybrids of pleasant, upbeat, and batshot crazy. He’s older and has wide exposure to the world. Superficially, he’s likable. You’d never know that his cheese slid off his cracker.

There’s one problem: he is certain that all forms of cancer are nothing more than a state of mind. “If you think it, you’ll be it.” I waited until he had uttered a version of the sentiment twice before directly inquiring. I know a couple of anti-vaxxers, flat-earthers, and chiropractic enthusiasts, so I’m used to weirdos.

I asked him, of course, if anyone very close to him had died of cancer – or if he had been to a hospice care facility. “No,” was the obvious answer. Since we get along well, I also told him that a great swath of humanity would think he’s crazy and that many would accuse him of being heartless. He’s otherwise very smart and I find myself aligning with his general outlook, at least the one that’s perceptible through regular conversation.

I’d go so far to say that regardless of one’s pleasantness when talking to him about these things, he takes logical insistence as proof that the person contradicting him is a negative person. He’ll even double-down on his thesis and claim that almost all disease is subject to the same self-causation.

Initially, I had great hopes I’d become better-acquainted with him.

As a bona fide nutjob myself, I can tolerate a huge quantity of asininity. I’m an expert at fool impersonation. It’s a herculean task to overcome the idea that someone harbors beliefs that can’t be approached with logic, conversation, or science.

Or, more importantly, the knowledge that it’s sometimes wise to keep one’s foolish ideas to oneself. Yes, I realize that I’m a hypocrite like everyone else.

“The moon is made of cheese.” Why not?

My fundamental problem is that there is a chasm of difference between walking around with a chicken wrapped around one’s neck and denying basic science.

My new acquaintance is the Michael G. Scott of my life: entertaining but absent most self-awareness.

He reminds me of a co-worker from back at my days at a meat processor; that man was convinced that eating one’s own nasal nuggets and taking a sip of your own urine was great for you. We called him the English equivalent of “Snot-eater.” (Thankfully, we didn’t do potluck dinners back then.) I thought he was fairly nuts until I discovered an entire trove of people who believed that the Sun orbits the Earth. People think the Flat-Earthers are dumb; I wish they could have entertained themselves with the lunacy of those who angrily contradicted sense and science so violently.

My new acquaintance is good training for me.

I know that people believe a lot of nonsense.

I guess I forgot.

This will help prepare me for the next election.